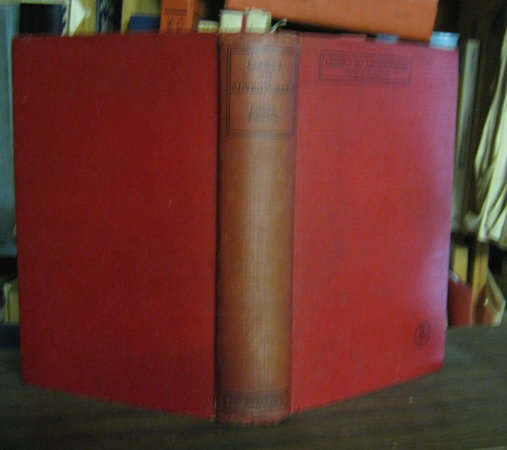 CHORUS TO ADVENTURERS, being the later life of... With a Foreword by Stephen Gwynn and 47 illustrations from photographs

London: John Lane The Bodley Head, 1931. Octavo, red boards stamped in black. pp (xvi), 304 + frontispiece portrait and 15 plates (some double-sided). Some foxing in text, mainly early and late and in vicinity of the plates; page edges are yellowed and foxed; nicks and touched up small chip to ends of lightly darkened spine; else a VG clean and unworn jacketless copy, no owner names. Pocock, born in England, was a "North-West Mounted Policeman, peddler, jounalist, missionary, sailor, prospector, novelist and artist, and is perhaps best known as the founder of the Legion of Frontiersmen." (U of Alberta). A close friend of Sir Sam Steele, in 1899 and 1900 he rode from Fort McLeod, Alberta, the 3600 mile length of the Outlaw Trail to Mexico City, the only recorded equestrian journey the entire length of the trail. His life was one of great interest and adventure. Uncommon book.