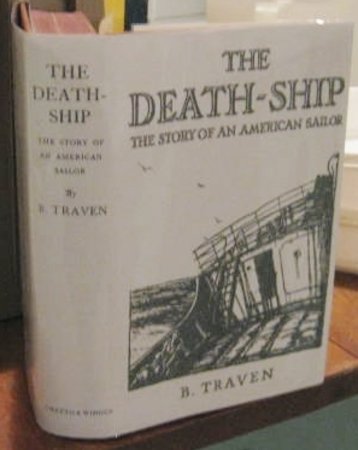 THE DEATH-SHIP: the story of an American sailor

London: Chatto & Windus, 1934. Octavo, terra cotta cloth gilt lettered, reddish brown top page edges. Spine very lightly darkened, fore edges yellowed, else fine, no owner names, top edges not faded. In a facsimile dust jacket (as new). Translated from the German DAS TOTENSCHIFF (1926) by Eric Sutton. This great writer's second book. This British edition preceded the 1934 Knopf edition (translated and revised by Traven himself) by several months. It is also scarcer than the US edition. It was originally written in English in 1923 or 1924 and was his first book to use the B. Traven pseudonym.