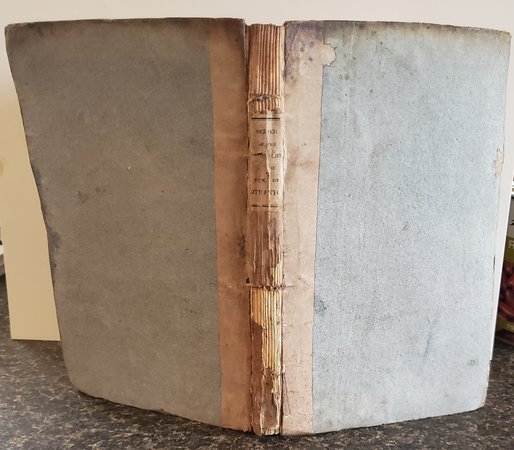 A Sketch of the Public Life of the Duke of Otranto

London, Leipsic, and Amsterdam: H. Colburn and others, 1816. Original boards with cloth spine with paper label, untrimmed edges. pp (4), 168, [4] + short 12 pp Simpkin, Marshall catalogue. Preface by the German editor. Spine worn, missing pieces, label mostly readable; boards a little warped, worn at fore edges; text paper a bit cockled but quite clean and unworn, no stains, no owner marks. Some neat repairs to spine and joints. A scarce early attempt at image rehabilitation by Napoleon’s notorious Minister of Police. This "sketch" would be expanded into a two-volume autobiography in 1825. "[Fouché] commenced his career as a revolutionist; voted the death of the king; betrayed the Republic to Napoleon; broke his faith to the usurper, then to the Bourbons; then again to the hero of the Hundred Days; he was venal, mendacious, disloyal, corrupt to the core... His memoirs are indeed no less amazing than instructive reading, and in them will be found the history of the first Napoleonic Empire with a cynical frankness little less than revolting" (Daily Telegraph).; Octavo