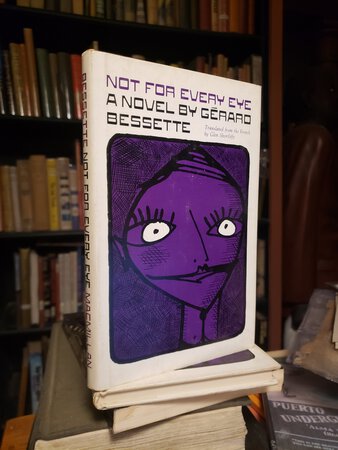 NOT FOR EVERY EYE. Translated from the French by Glen Shortliffe

Toronto: Macmillan, 1962. White boards. Fine in near fine jacket. "This delightfully satire on life in the province of Quebec could not, at first, find a French-Canadian publisher. In the end, having appeared in Paris, it was chosen by the Grand Jury des Lettres of Montreal as one of the ten best French-Canadian novels published between 1945 and 1960."