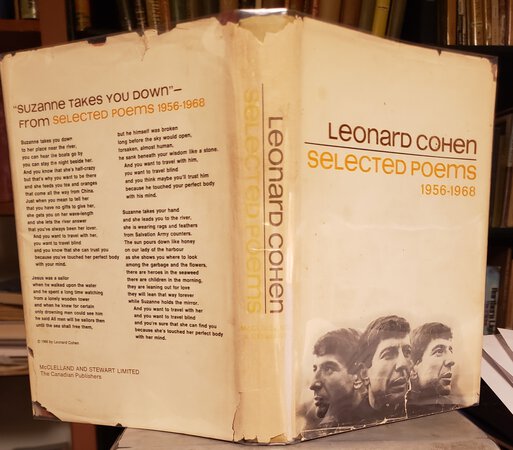 Toronto: McClelland & Stewart, 1968. Quarter bound in yellow and brick cloth. Orange topstain lightly sunned, small shallow dent to top edge of rear cover, Xmas, 1968, ink owner inscription inside cover almost entirely hidden by the jacket flap, else fine. The price-clipped dust jacket has some chips and tears, spine a bit darkened with orange lettering faded (as usual); just good. The book was awarded a Governor-General's Award which he declined for the priggish reason that “the world is a callous place and he would take no gift from it.” An uncommon book in first edition. ; Octavo