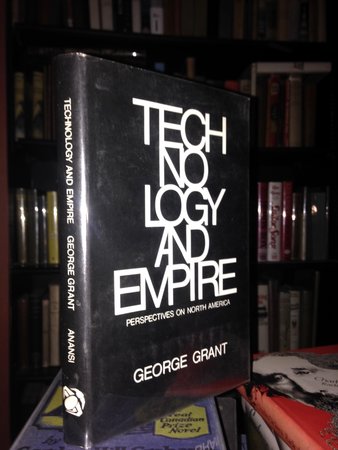 Toronto: Anansi, 1969. The uncommon hardcover issue. Black boards. New bookstore ticket at rear; fine in fine jacket. George Grant was one of Canada's most important philosophers and social thinkers, a "red Tory" (i.e., a conservative with a social conscience) and a Christian. This book extends the argument in his important and influential LAMENT FOR A NATION (1965), a pessimistic book with the thesis that Canada has been destroyed as a viable nation by American liberal ideology, technology, and corporate capitalism. Grant was politically conservative - a red Tory - and a practicing Anglican. Note: 5.50 price, but no blurbs, to rear panel of jacket.; Octavo